We are excited to announce the release of Zotero 1.0.4. This release offers UI improvements, enhancements to word processor integration, and stronger support for campus proxy systems, along with a number of other features and bug fixes. See the changelog for the full list of changes.

One of the most exciting new features in 1.0.4 is compatibility with Firefox 3. Feel free to give Zotero a test on Firefox 3 Release Candidate 1! Please note, however, that we can only offer full support for the final release of Firefox 3.0, which is expected to be released by the end of June 2008. With this qualification, early adopters of Firefox 3 are encouraged to use Zotero and report any problems they encounter in the forums.

Firefox 3.0 Beta 5 and earlier have known incompatibilities with Zotero and are not recommended.

Posted in News | Comments Off on Zotero 1.0.4 Launches 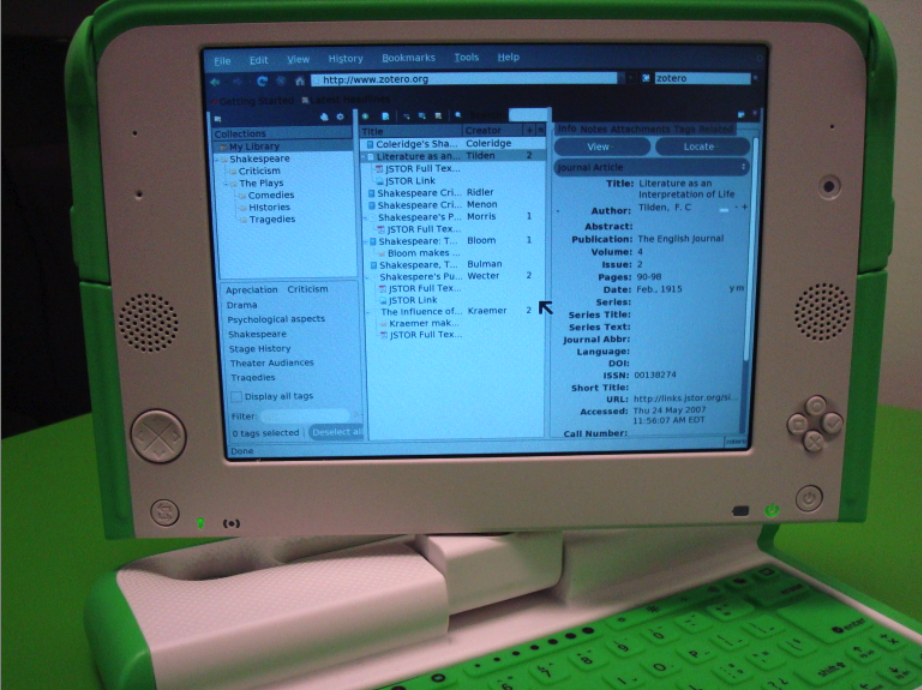 Zotero runs quite nicely on the OLPC. If you would like to try it out just set up Firefox 2 and download Zotero just as you normally would.

Posted in Contest, News | Comments Off on ZoterOLPC

You are currently browsing the Zotero weblog archives for May, 2008.